Golden Melody….the Beginning of the Apocalypse?

For the past two years, at least one person at every gig asks me what year my amplifier is from. They are never expecting me to say it is a 2010 Golden Melody. As a gear nut I have a little speech at the ready about how the whole thing is built with super parts and combines the best aspects of the eras of fender amps; while, most importantly, forming a new sound. The super sound!!!

Last night something happened that was a first for me. Loading out from a gig I was stopped by someone curious about my amp. His reaction was similar to when Indiana Jones first saw the ark of the covenant. He actually began pleading with me to carry it; promising that he would be careful and I had nothing to worry about. So, I let him pick it up and follow me out to my car. When we are outside I hear, “What the hell are you doing?” The man carrying my amp was the drummer in a band who had been playing down the street and the man yelling was the guitar player in the band. I come to find out that he has never once helped carry his guitarist’s equipment. The man was convinced he was carrying something special.

In the end what I am getting at is vibe. Your amps have the sound, the look, and the craftsmanship to draw attention, but all of that adds up to more. The vibe of victoria amplifiers is greater than the sum of its parts.
And in the end, the victoria golden melody may usher in the apocalypse…if drummers continue to beg to carry it.

Your amps are the best.

His Silver Sonic has “Mystical Abilities”

Mark, Yesterday started out as a super-stressy, all-round shitty day. Then I got my Silver Sonic! Just in time to head to practice. Zero buyers regret. I’ve heard tell of amps with the mystical ability to make you forget about your pedals. It happened! I can honestly...

Check out John Mayer and his Reverberatos playing with Dead and Company.

Who other then the great Joe Bonamassa tweeted today a picture of his stage setup, two rockin’ Victoria Golden Melody’s!

The great folks over at Premier Guitar got a behind the scenes look with Dan Auerbach’s guitar tech to show Dan’s very impressive Amplifier and Guitar rig. The best part of the video…Dan’s been using a Victoria Double Deluxe for his clean tones on his most recent...

“Best Sounding & Most Fun Amp Ever”

I have played about 100 different amps. I have owned about 50 different amps. Half of those boutique. Owned Dr.Z, Fender custom shop, Swart, etc. . I don’t throw out compliments easy. I talked with you on the phone a few days ago. Bought a trem deluxe. Here’s my...

Demo Video From Our Good Friends at Chicago Music Exchange

Understanding Your Output Transformer Part One by Mark Baier

In today’s world, the role of an amplifier’s output transformer (OT) is well known. As guitarists discover this critical link between your power tubes and the speakers, the important effect it has on your amplifier’s character becomes obvious. In response, an entire...

“The Most Beautiful Sounding Amp I have ever Played”

I am very pleased with the new Victoria 20112 that arrived yesterday. This is the most beautiful sounding amplifier I have ever played. I play finger-style blues and rags at conversation-level volume. So I am deeply impressed the warmth, the full-body and clarity of... 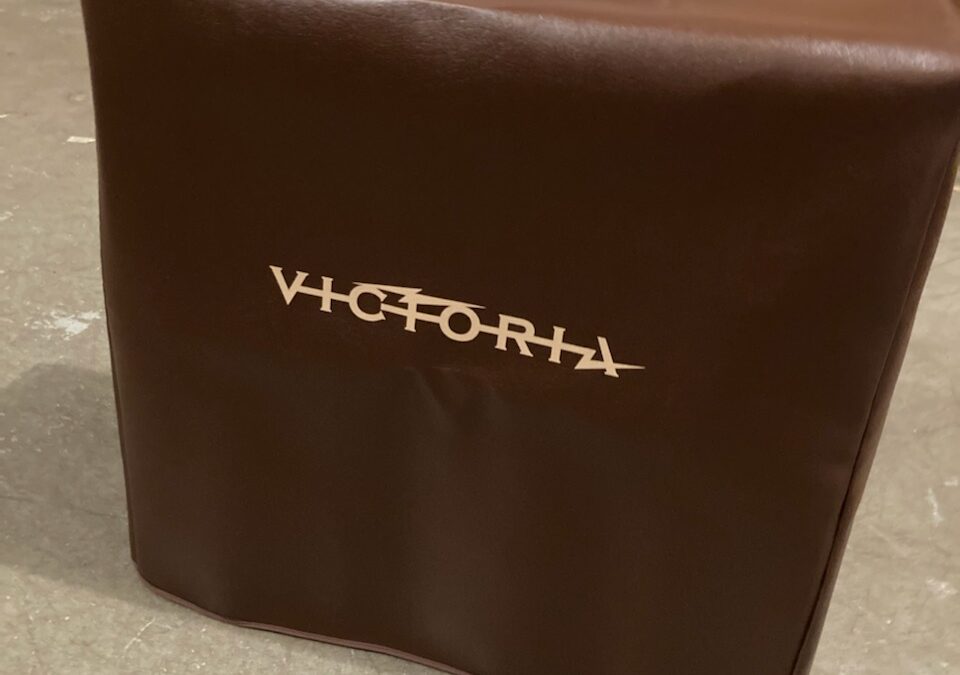 I don’t know whether you get tired of Fan Mail but tonight was the first night that I opened her (Silver Sonic) up on the stage with other musicians. It was glorious. I played a Strat and turned the reverb up fairly far. The band and the audience was pretty well...

I’ve used Victoria amplifiers since the mid-‘90s. My Tweed Deluxe started out as a real Fender, and it was rebuilt once for more power, but Mark Baier retained only the original chassis and transformed it into a Victoria in 1999. I have a 4-10” Bassman style Victoria...

I rarely write reviews on products I purchase; I typically do enough research to know exactly what I’m getting. If I do it’s only one of three reasons; the product failed miserably, there are features that may be confusing and worth explaining or calling out to the...

See Why it’s “The Amp Eliminator”

Hi Mark, Just briefly letting you know, I purchased an Electro King head from you in 2015 and it has really exceeded my expectations. I have tried and bought so many boutique amps and been disappointed with many but this one is the real deal. It caused me to sell all...

“Can’t imagine an amp sounding better….Morgan Music ALWAYS stands by their word” I can’t imagine this amp (Silver Sonic) sounding any better than it already does. Man, I LOVE your products. Would like to add another Vicky Bassman to my Victoria collection someday....

“The Tone and Build Quality are Amazing”

Mark and Maureen, The amp (Victorilux 3×10) arrived today in perfect condition and working order. In addition to being one of the most beautiful pieces of equipment I’ve ever seen, the tone and build quality are amazing. I’ve been playing it with my two main guitar’s...